A time series is a series of data points with corresponding timestamps. 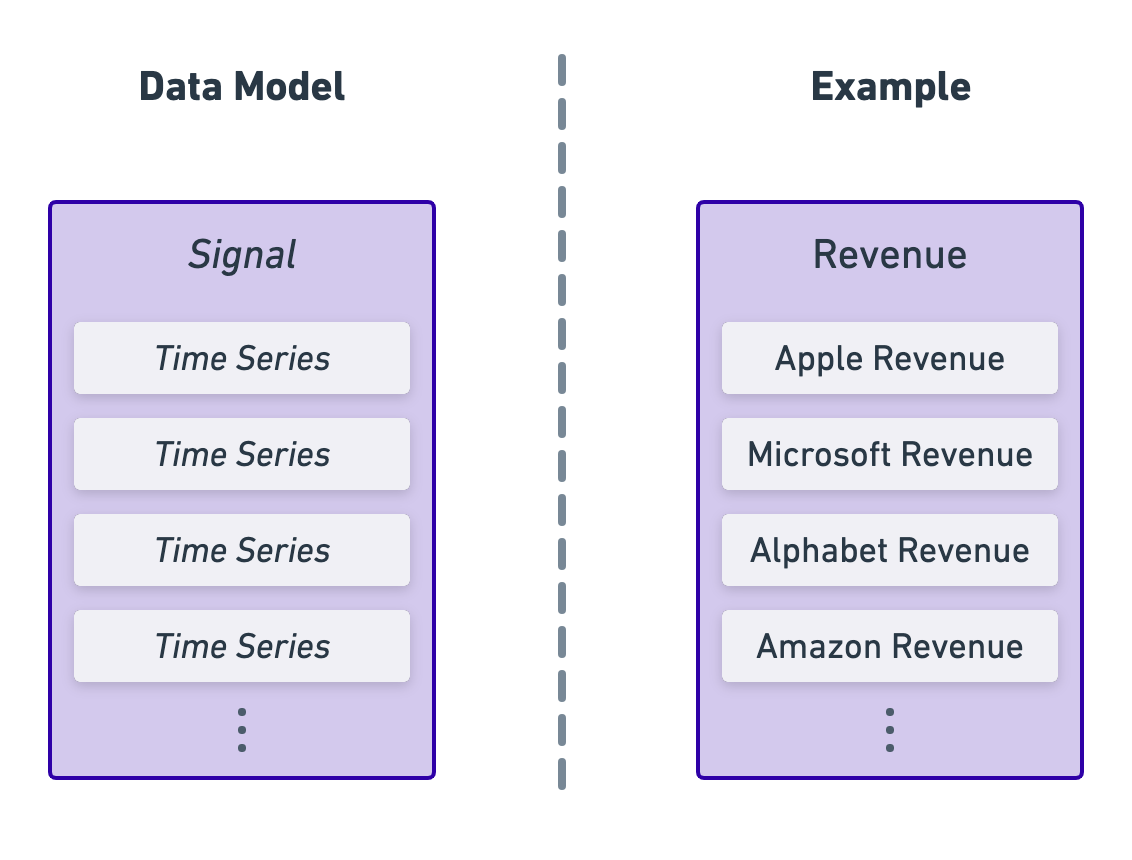 The Exabel Platform currently only supports modelling up to daily resolution or lower (eg weekly, monthly). Timestamps must be normalised to midnight UTC.

By walking across relationship types in the graph when creating time series models, it is possible to aggregate a signal from a set of child entities to a parent entity that does not otherwise have that signal.

Each data point in a time series has the following structure:

The Exabel platform has native support for point-in-time data through the above data structure.

A time series can have multiple data points with the same time but a different knownTime.

This means that the value for a given time may be different at different knownTime - for example, because a time series has seen revisions of the historical data over time.

Another common case is that data for a given time is only available with a delay - because of data collection lags, etc. The knownTime for a data point will then be after the time.

See the Point-in-Time page for more help and detail about using point-in-time data and analysis.